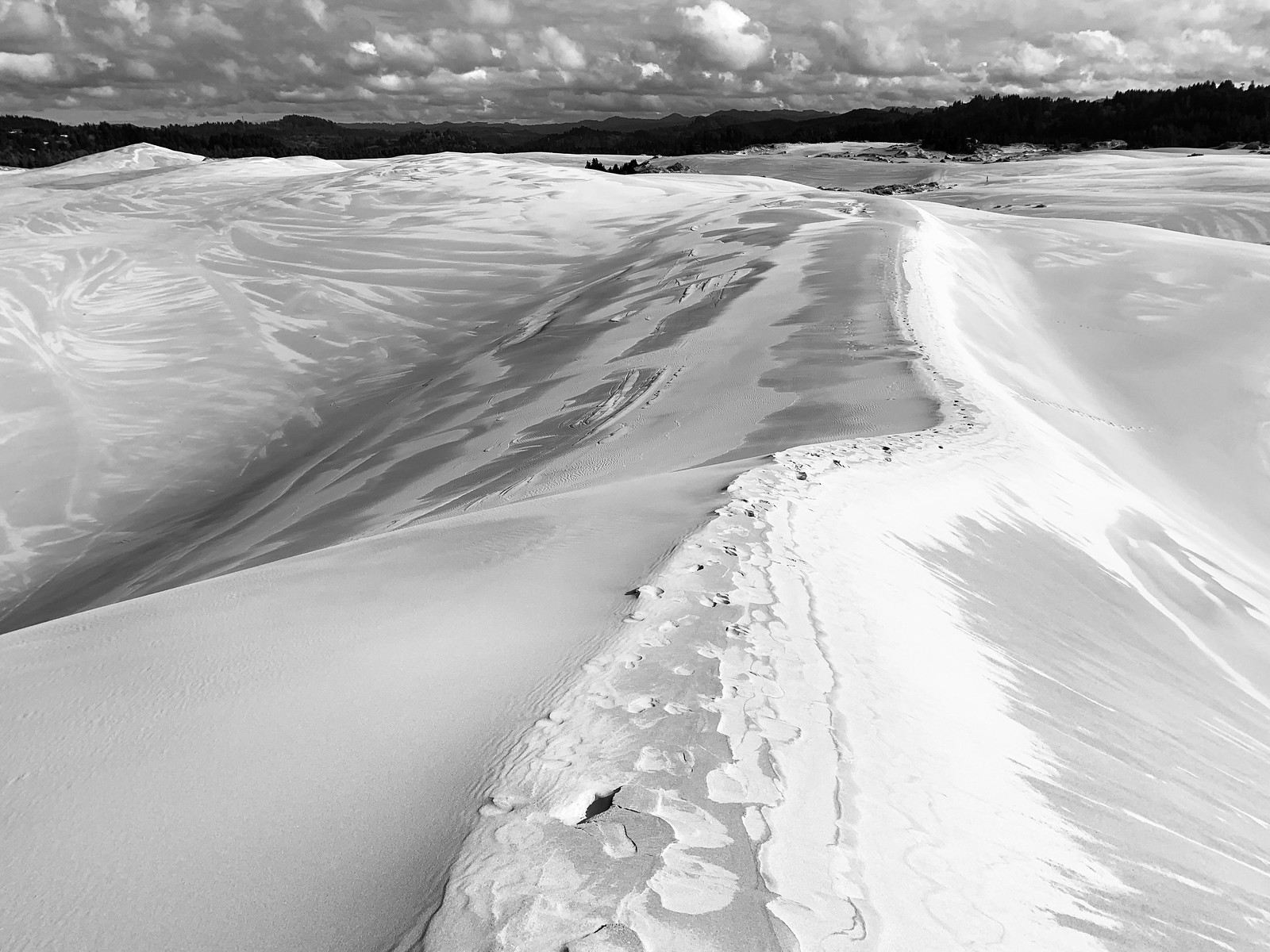 My Flickr contact and friend Gary Sharp posted this spectacular picture of dunes with footprints and water marks on the Dellenback Trail on the Oregon cost. This was taken with the new iPhone XS and the Noir Filter, part of Apple’s built-in Photos app.

This image is akin to something one night get from a Ricoh GR camera and one has to wonder why carry the Ricoh GR when an iPhone will give you this?

“Pole vaulter turned architect turned shoe designer, Tinker Hatfield first made a name for himself working alongside Michael Jordan on the legendary Air Jordan sneaker line. In an in depth conversation, Tinker reflects back on everything from designing the Nike Air MAG’s for Back to the Future II to how he uses motorcycling and music as part of his creative process.”

Tinker Hatfield is Nike’s VP of Design and quite an interesting person. I love that four door VW bus pickup, very rare and fully restored. Looks like he has an Airstream as well.

Note the iPad and his comment on using it as a design tool. 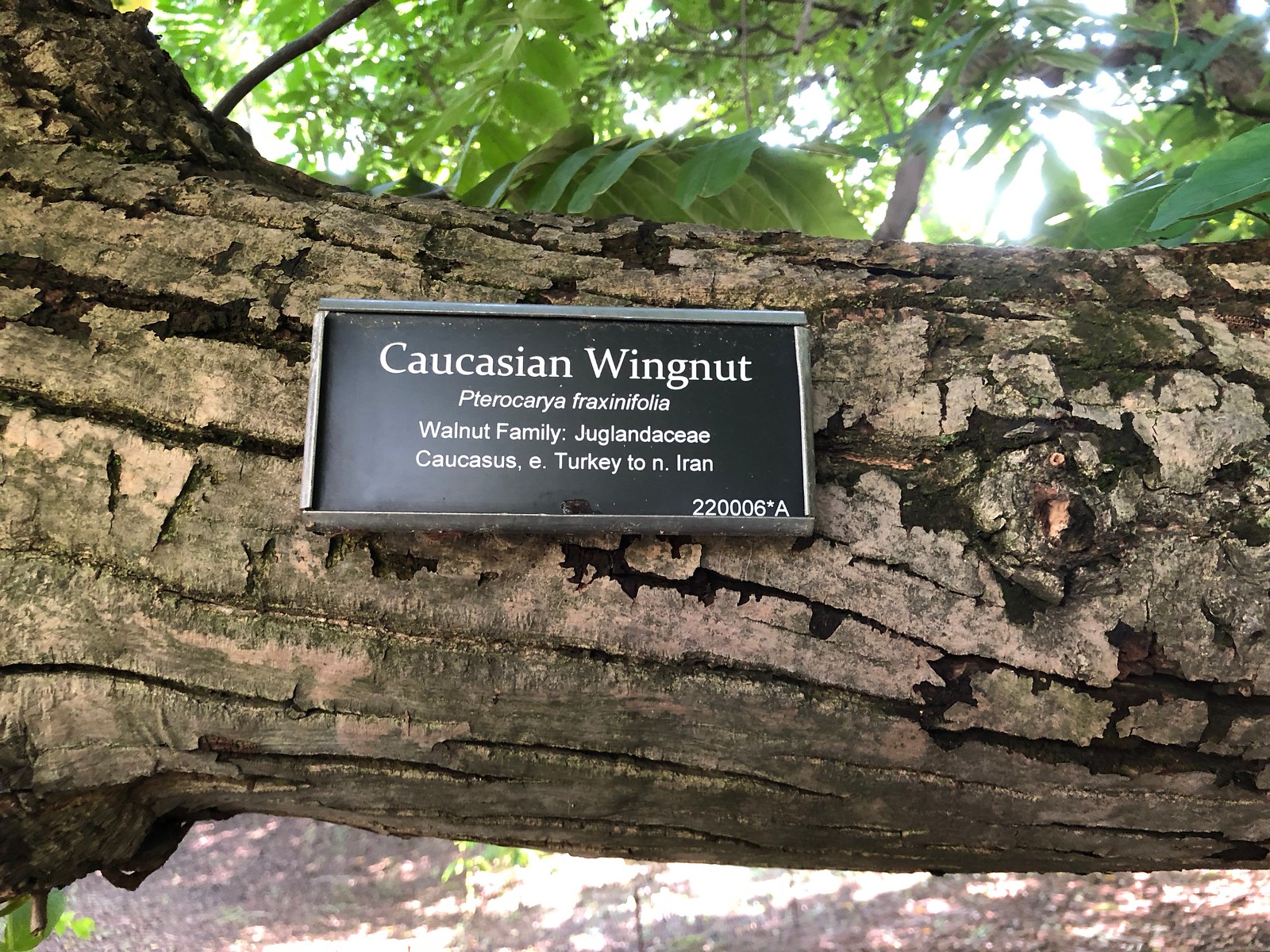 Devon interviews Andy Hertzfeld, a member of the original Macintosh team at Apple. Hertzfeld is legendary, both as a programmer and as a regular guy. A group of us met him at Macworld in San Francisco and he took us aside and showed us a version of Switcher he was working on. He then gave us all disks with Switcher on them and told us to get back to him with feedback. I still have that disk.

The video starts showing Sady Paulson who uses a switch or switches to control her Mac. It then shows various other kinds of accessibility built into Apple products. Then, it zooms out to show who’s editing the video. It’s brilliant.

I worked with Apple’s disabilities group in the 1980s and 1990s and we did amazing stuff but Apple has come a long way since and it pays off daily for folks with various access issues who want to use Apple’s tools.

I have an iPad Pro that will do all of this stuff. How much of it do I do? Maybe two things. Jeff Benjamin of 9to5Mac is a pro at these instructional videos. My old brain can hardly keep up but hey, one can always replay the video if you need a memory boost.

Some of you reading this who use Apple equipment may have home networks created by Apple AirPort Extreme and/or Express routers, or, in some cases Time Capsules (which are AirPort Extremes with hard disks in them for Time Machine backups).

The big news this past week is that Apple is discontinuing their AirPort line and when current stock is sold, they won’t make any more. I’m not sure what this means for firmware updates but those will eventually stop, maybe not immediately but sometime in the next year.

Most of us think of networking gear like plumbing: it runs in the background and god-forbid we have to fiddle with it (some people do enjoy fiddling with it). AirPort, while a great solution wasn’t perfect although setting it up with AirPort Admin was easy and once up and running, it was and still is rock solid.

There are numerous companies making networking equipment that in some ways is more modern than AirPort: Apple hasn’t updated AirPort devices in years and the rest of the networking industry has marched on.

And, over the years use of the internet has changed: we now stream a lot of video (some of it 4K), have multiple hand-held devices on a home network and some people don’t even have a computer anymore (imagine!).

I knew I would eventually have to replace my AirPort Extreme router but there’s no rush, it still works perfectly.

We use the AirPort wifi for networking everything else (two iPhones, two iPads and Anne’s MacBook Pro) and the AirPort Extreme covers the entire house easily. Sitting in the far end of the living room which is as far away from the base station as you can be in the house the signal drops a tad but it’s good enough.

So, I needed a router and wifi access point and the router had to have 3 or more LAN ports on the back. If you search around on Amazon there are many devices that fill this need. The two things many of them lack is this: easy to use software to set up the network and control access, and a company that’s on top of things enough to do firmware updates to the router as needed.

Two of my friends are big fans of the networking company Ubiquiti Networks. This company builds high-end networking gear for offices and larger installations. They only recently got into the home networking space with their AmpliFi system.

The AmpliFi wifi router (just the base station) has all the features I wanted although there was no way to find out if it alone, minus its mesh satellites, would be enough to cover my house short of buying one. It alone costs about $130 which is less than the $199 an AirPort Extreme costs. Adding more coverage costs about $110 per mesh point but there’s no reason to do that up front, you can wait until you find out you need it (or not).

For those who haven’t been following the evolution of home networking, in the old days one could extend an AirPort network by adding another AirPort router (an Express) and the method was either with an ethernet cable or with a wifi connection between the base station and its satellite. It wasn’t hard to set up although it wasn’t great and coverage was improved but still not perfect.

The modern way for a home user to do this is with what’s called a mesh system: a base station router and little mesh antennas that one can plug in around the house to extend the wireless range. Very much like building with tinker-toys, or so we’re told.

I don’t really want a mesh system here: I just need a capable router/wifi base station that has enough range to cover my house. However, the nice thing about the AmpliFi system is that it’s really both: the base unit is a direct replacement for the AirPort Extreme and one can add mesh satellites as one needs them, or, not at all.

Here is the listing for the base station alone: AmpliFi HD Mesh Router.

I ordered one from Amazon two days ago (I figured easier returns to Amazon in case it didn’t work out) and while I dreaded taking down our network, I set it up this morning.

Here’s the executive summary: setup is a snap, it has better coverage than the AirPort Extreme it replaced and my entire network (iMac Pro, laser printer, Apple TV, iOS devices) was up and running again in a few minutes. Seriously, a few minutes! The device is smaller than the AirPort: same footprint, about 2/3 the height.

It’s taking me longer to write this up than it will take you to do it.

The box this device comes in is quite amazing, almost feels like overkill but it does give the kind of confidence opening up a device from Apple gives (if packaging can do that for you).

1. Download their app on your iPhone or Android phone before starting. The app is called “amplifi” so just search for that in the app store and you’ll find it. I wish it was built for iPad as well but alas, it’s fine on the iPhone alone. Run the app before starting.

2. Disconnect all the old stuff and power down your cable modem or whatever device you have. In my case I have a battery backup on my cable modem and took that out as well as disconnected its power cord).

3. Connect AmpliFi to the cable modem with included ethernet cable.

4. Power up the cable modem.

Note: at some point in here (I forget where) I had to quit the AmpliFi app and connect to the new network in Settings on my iPhone. The app uses bluetooth for the initial setup and then uses the new wifi connection.

6. Follow the instructions on the AmpliFi app to name the network and create a password. I used the same network name and password I’d used on the AirPort Extreme.

7. Plug in whatever other LAN stuff you have (I have an iMac Pro, a laser printer, and an Apple TV, all connected via ethernet).

8. Log back into your network on all devices. Even though the network name and password were the same I had to log back in because the access point was new. Apple TV was automatic (nice).

9. The AmpliFi app will tell you all is well and that’s that. The app has ways to control the lighting and feedback on the AmpliFi router and it also gives you your network speed and more information.

The power brick cable on the AmpliFi is pretty short. Plan accordingly.

Coverage is better than the AirPort Extreme (amazing since its a smaller device). I have complete coverage anywhere in my house and in my driveway. If I need more coverage or over time I find coverage is weak I can always buy an AmpliFi MeshPoint HD or, better, another AmpliFi router and beef up my network.

Apple TV connection was automatic as I had named the network the same thing and used the same password.

Network printing on the laser printer was automatic.

I used the app to change a few settings but the default settings are fine.

If you use a Time Capsule for over the air Time Machine backups I think you’ll probably have to switch to a locally connected Time Machine drive. There may be other solutions coming but I haven’t heard of them yet.

I’d say (so far) that this is the absolute best replacement solution for the AirPort Extreme. Easy to set up, great coverage, and I have faith that this company will keep the firmware updated.

I was dreading this changeover but in fact, it was completely painless. Those of you reading this who are in the same boat, there is no huge rush, just because Apple discontinued AirPort doesn’t mean you have to switch immediately. But, in fact, the AmpliFi setup may give you better coverage with faster speeds and it might pay to make the switch sooner than later. In short, don’t be intimidated by this, it’s doable by most if not all home network users

Feel free to let me know what your experience is in the comments.

Amazing. I’d have thought that much of this was done digitally but in fact, actual walls move. Amazing.

Here’s the ad again, for those who missed it.

She’s an excellent dancer with serious modern dance training and the choreography is brilliant. Notice how she moves walls (and other things) the way we pinch, spread our fingers, and swipe to move windows and objects on our hand-held devices (iPhones, iPads, etc. this is an Apple video).

I posted about another fantastic music-video commercial Jonze did for Kenzo World (perfume) in 2016 here.

Jonze is amazingly good. His movies include Being John Malkovich, Adaptation, Her, and many others. When you think about his work, it’s all high quality but definitely outside the box. 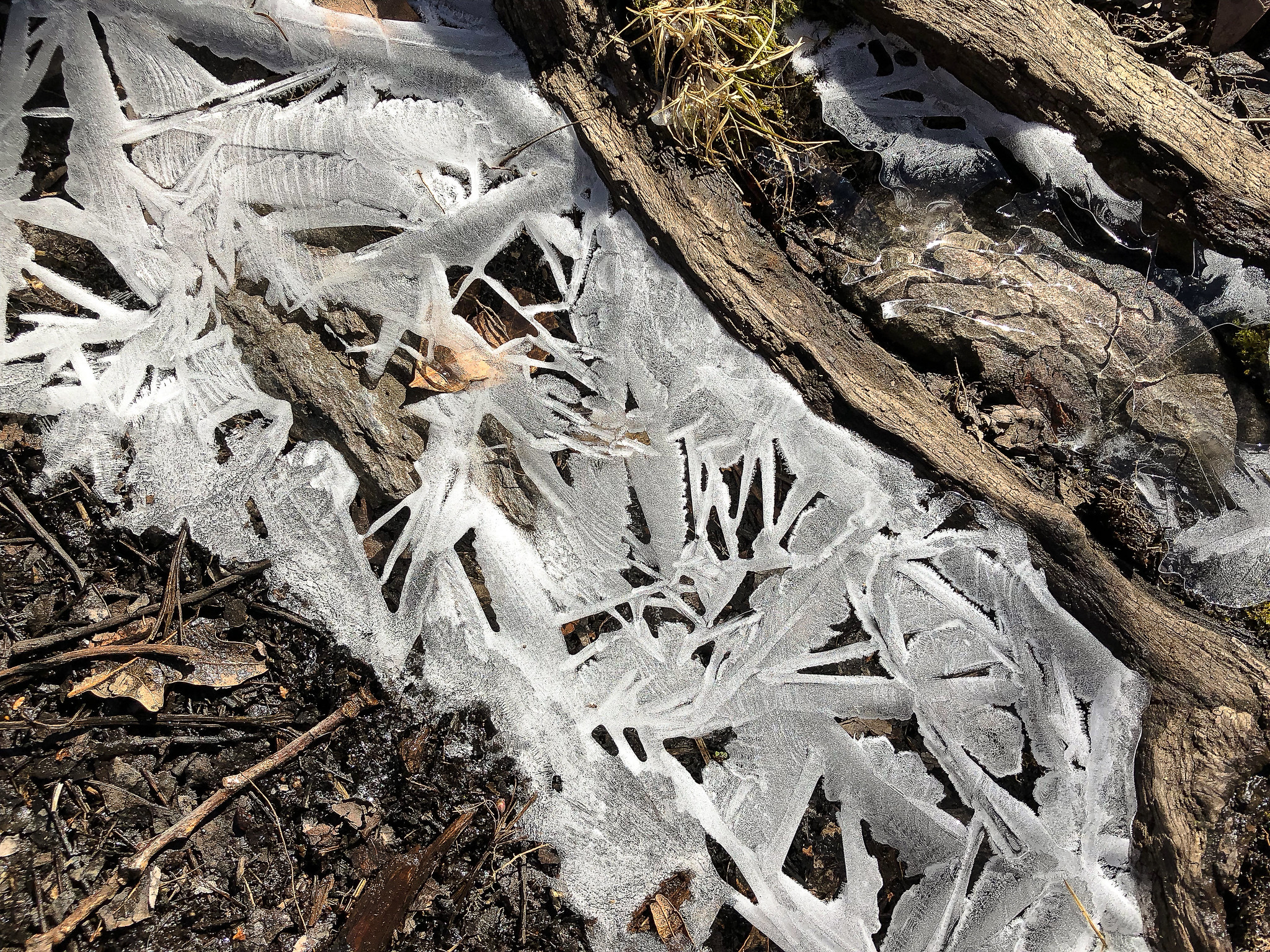 I did some shooting with my iPhone 8 on our hike the other day. This is a small rut on the trail with some rather large ice crystals growing in it.

As most folks know, modern smartphones have excellent cameras in them and I’ve seen some amazing images coming from iPhones of all vintages on Flickr and elsewhere. I’ve had an iPhone of one sort or another for years but I’m still not as comfortable as others in using it as a primary camera. Not sure quite why that is, it sure is convenient and easy to carry.