Dictation sucks. My wife is currently typing (and editing) as I speak. Maybe some day I’ll be able to do this again, but right now I can’t. It sucks.

This is going to be a tough post to write. The short of it is I have a brain tumor. We’ve done a biopsy and it’s a glioblastoma, deep in my brain and inoperable, but I thought it was time that I let people know what’s going on.

This has all come on relatively quickly; we didn’t know what I had last week, but I was definitely feeling woozy and uncoordinated. On December 1st, not feeling well, I drove to New Milford for an unrelated blood test. While taking blood, the techie remarked that I looked like shit. He took my blood pressure which was very low, and then advised me that I shouldn’t drive home. But I did, stopping at my primary care doctor’s office. I was immediately waved in by the nurse who I’ve known for 25 years. She sent me home to collect my wife and check in at the emergency room at New Milford Hospital. After 7 hours attended by the fabulous Dr. Chu, a CAT scan and MRI, we got the bad news. Brain tumor. BRAIN TUMOR!

After the initial diagnosis I was on a steroid drug, and it helped me feel better. I talked and walked more easily. The tumor seems to be in the motor area of my brain although we don’t know much more than that yet. I’m off the steroid now. Lots of other chemicals are swimming around in my blood. I’m a little loopy now.

On Tuesday, December 3rd, we met with Dr. Altorelli, our long time and wonderful physician. He showed us the MRI, explained what had been learned and laid out the general plan for the upcoming weeks. He was extremely reassuring about adhering to quality of life issues that will obviously be relevant in the upcoming months. I didn’t know how he could be blunt and kindly at the same time, but he was.

On Friday, December 7th, we were sent to Yale/New Haven Hospital emergency room. Unbeknownst to us, ER’s are routinely used for diagnoses. It was very busy; my bed was in the hall which gave an interesting view of comings, goings and all kinds of strange activities. Various technicians, nurses and doctors arrived at bedside with all kinds of vague (to us) communications. Finally, they ordered their own MRI, which resulted in admission to the hospital. We already had an appointment for the following Tuesday for a biopsy and wished we’d been able to return home before the scary event. Most likely, it was best to be in the hospital for monitoring and preparation, but it sucked. No one in the three-bed room got any sleep, or knew what the heck was going on with them. 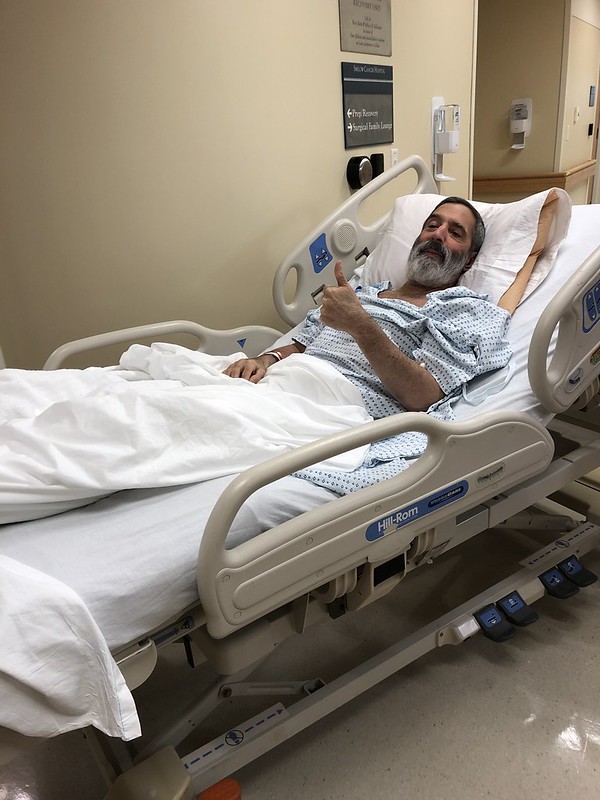 On Tuesday December 11th, Bonnie (daughter) arrived at the hospital to be with us for the duration. She took point and steadied the elders throughout the pre-op interviews and preps. Once in Smilow Cancer Center, things seemed to go more smoothly and quickly. Everyone on the team introduced themselves and were very reassuring both with words and physical contact. They tell me that after I went to sleep, they slipped a needle through my skull and then deep into my left midbrain, then took samples of the monster in my head. They identified the tumor as a glioblastoma, but further testing will give more detailed information that will drive treatment. 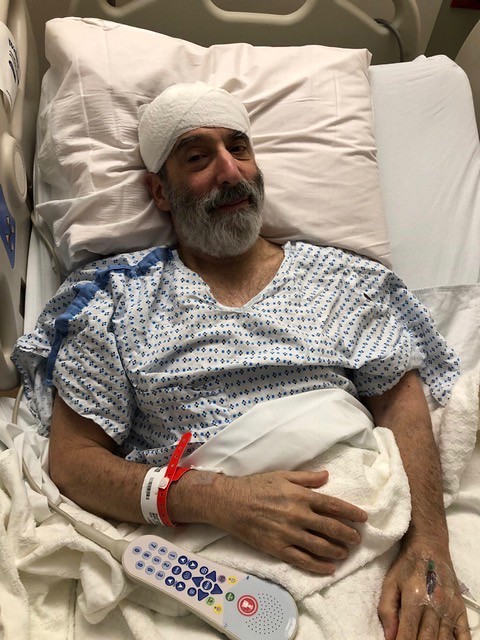 When the results are final from the the biopsy, we will meet with doctors who specialize in treatment using chemicals and radiation. We are also hoping for some immunotherapy. We have the appointments at Yale/New Haven right after Christmas. Soon we will have appointments at Memorial Sloan Kettering for second opinions.

We’ve been home for two days. The most frustrating symptom is the loss of typing and sometimes word retrieval. I don’t mind not driving since my chauffeur (Anne) is right here.

I get tired by mid day, but the sofa in front of the wood stove is very nice.

I’m going to use this blog to share information. Link to it and/or pass it around.
So, that’s it for now. I’ll update you as I know more. 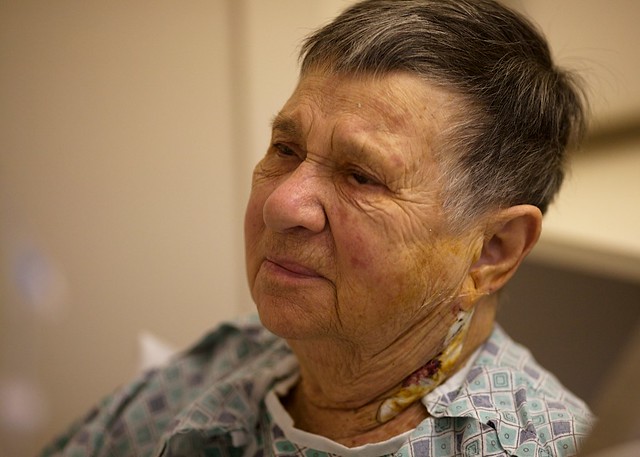 Los Angeles, California. My 91 year old mother found out that both of her carotid arteries were 80% blocked with plaque. This is pretty common for 91 year olds and since it can lead to a stroke they decided to do a carotid endarterectomy.

The surgery went well and she was giving orders and complaining as soon as she woke up in recovery. Amazingly, she was released the following morning and we’re home now.

This isn’t going to turn her into Einstein but it should help prevent a stroke. 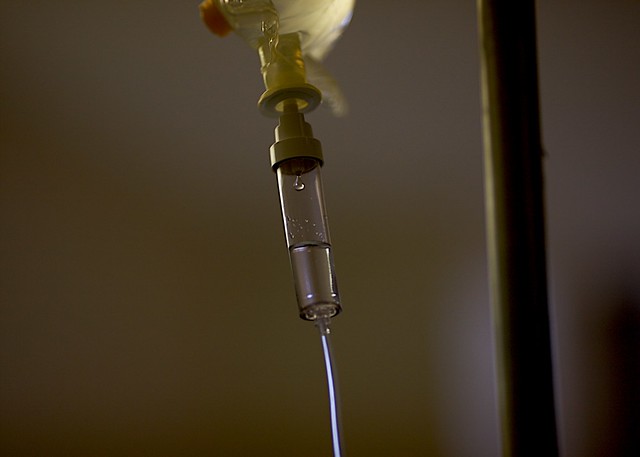 Hospitals can be quite boring, especially when the patient you are visiting falls asleep. The hospital’s wifi system wasn’t working quite yet and there are only so many DVDs I can watch on my computer without my eyeballs falling out of my head. I couldn’t walk around the hospital with a camera, modern hospitals have patient privacy issues (good thing). I found myself counting drops in my mother’s IV and decided to attempt a shot or two before the nurse returned and told me to put camera away.